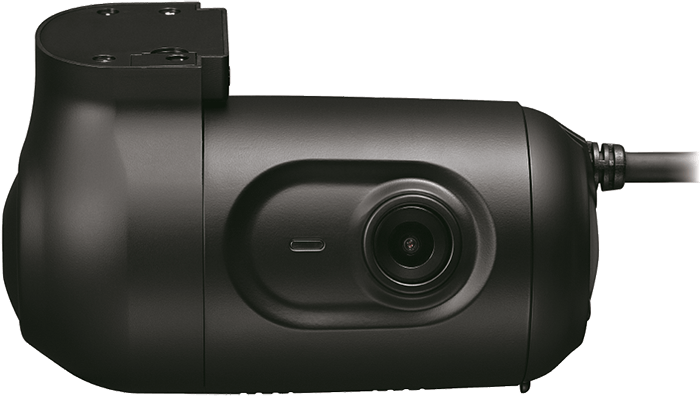 Did you know your fleet has a one-in-15 chance of being involved in an accident? With commercial fleet incidents being among the most expensive in injury claims, protecting your fleet with video evidence becomes essential.

Commercial fleet drivers travel anywhere from 20,000 to 25,000 miles per year, which makes them even MORE prone to a collision than the average driver. The Tracknet Commercial Fleet Tracking Dash Cam application can help reduce accident costs while improving driver safety to prevent incidents in the first place. 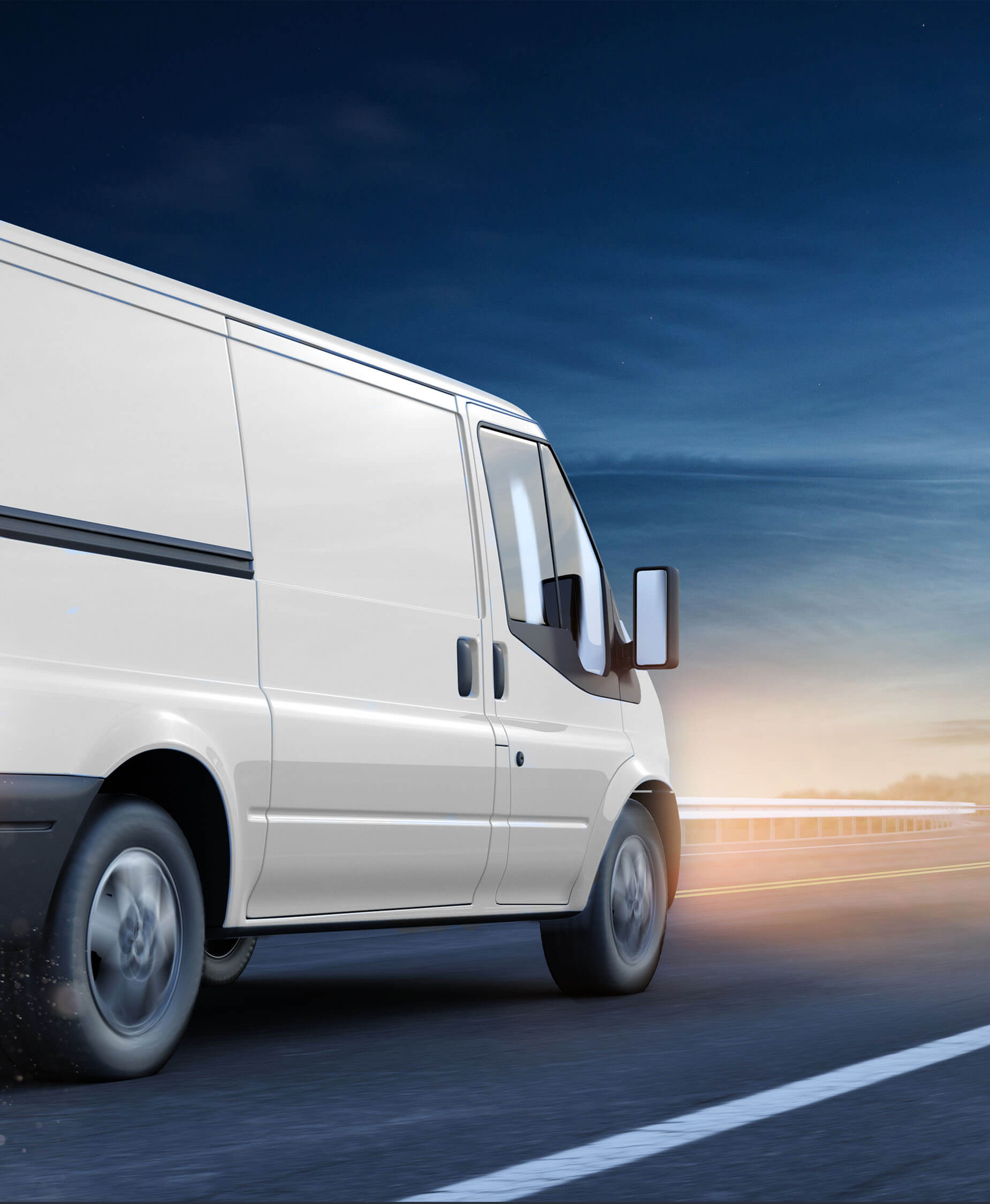 Our Commercial Fleet Tracking System
has Full GPS and Video

Tracknet’s commercial fleet tracking system lets you monitor events INSIDE and OUTSIDE of the vehicle. Our camera setups give you full fleet visibility with rear, side, and driver-facing / roadside dash cams. Using live video feeds and archived footage along with traditional GPS tracking reporting allows you to visually check up on concerning driver alerts (hard braking, speeding and more) as well as verify safe driving practices are being followed.

Learn More About Our Application 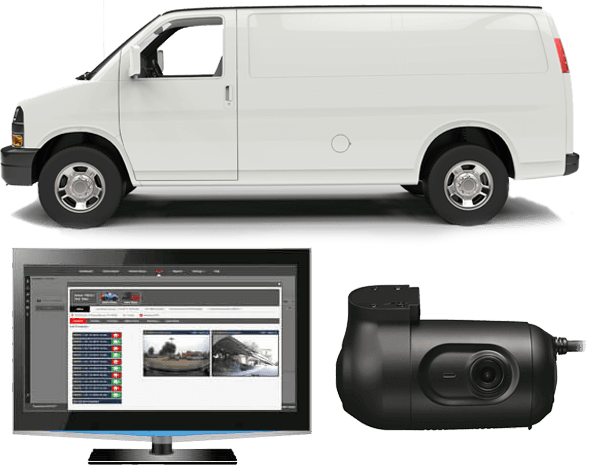 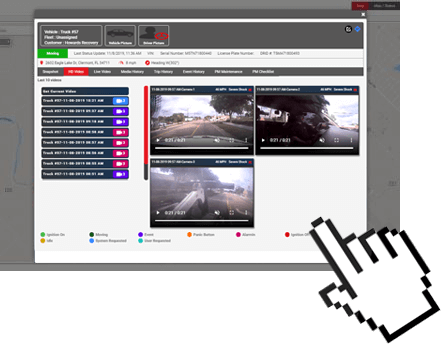 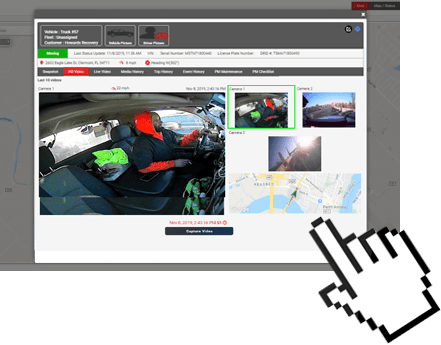 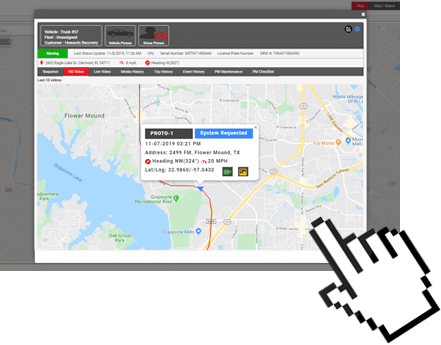 Avoid High Accident Costs by Exonerating Your Drivers with Video

On average, a vehicle accident involving an injury can cost a commercial fleet manager upwards of $70,000. This number is multiplied exponentially when there is a fatality involved. With Commercial Fleet GPS Tracking Dash Cams from Tracknet, you can protect your drivers from fraudulent claims in addition to training them in accident avoidance.

Instantly be Notified of a Vehicle Accident

Receive text messages / email alerts anytime there is a shock absorption to the camera unit (which could be the result of a vehicle collision). All video is stored on our servers for up to 6 months.

You can live stream your driver trips or review video snapshots  to make sure proper safety protocol is being followed such as: wearing their seatbelt, not texting while driving and keeping both eyes on the road.

Having a tracking solution in place and running a safer fleet can keep your insurance costs low. Our customers report saving up to 10% on the their insurance premiums. 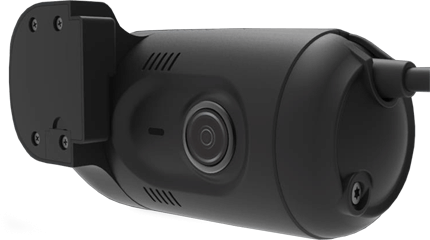 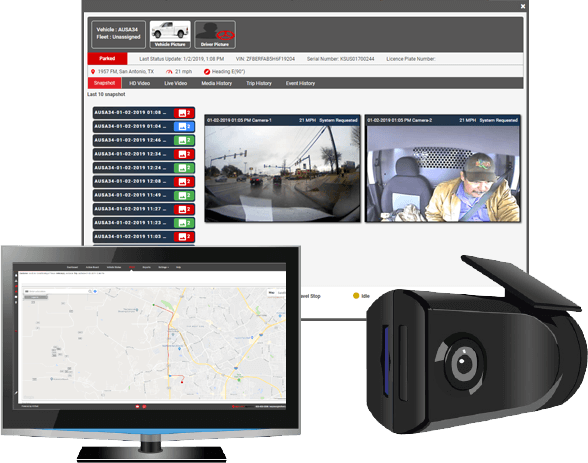 TrackNet’s Commercial Fleet Tracking cameras go beyond a dash cam. When integrated with traditional GPS, you get true insight into your fleet’s activities.

In addition, all of your driver footage is stored on the cloud and can be searched for and downloaded by trip, vehicle, date and time.

Imagine being able to review accident footage immediately after a mishap. With TrackNet’s Commercial Fleet Tracking Management  System, you can. This valuable video footage is proof of what happened and can be used as evidence if reports are conflicting. Real-time video can help determine truck accident liability.

The most frequent causes of truck collisions are inattention, excessive speed, failure to yield, and unsafe lane changes, according to the National Highway Traffic Safety Administration. For Commercial Fleet Managers, preventing collisions caused by their own drivers is easier when risk factors have been previously measured before an accident occurs.

But what happens when a crash isn’t the truck driver’s fault? Truck drivers are often blamed when a truck-car accident takes place. But 80% of those crashes are not the fault of the trucker. It is during these types of claims when real-time video footage is most advantageous.

The important aspects of proving fault include data points needed for reconstruction of the accident and specific examples of accidents and driver exonerations. Aside from dash cam video, traffic camera footage from state and highway authorities should also be reviewed, as well as any bystander videos.

GPS Tracking Dash Cam Video could also help exonerate fleet managers and their drivers when they aren’t at fault and saves time spent on processing insurance claims. Video is your most prevalent source for determining liability and it might also be your most reliable witness. 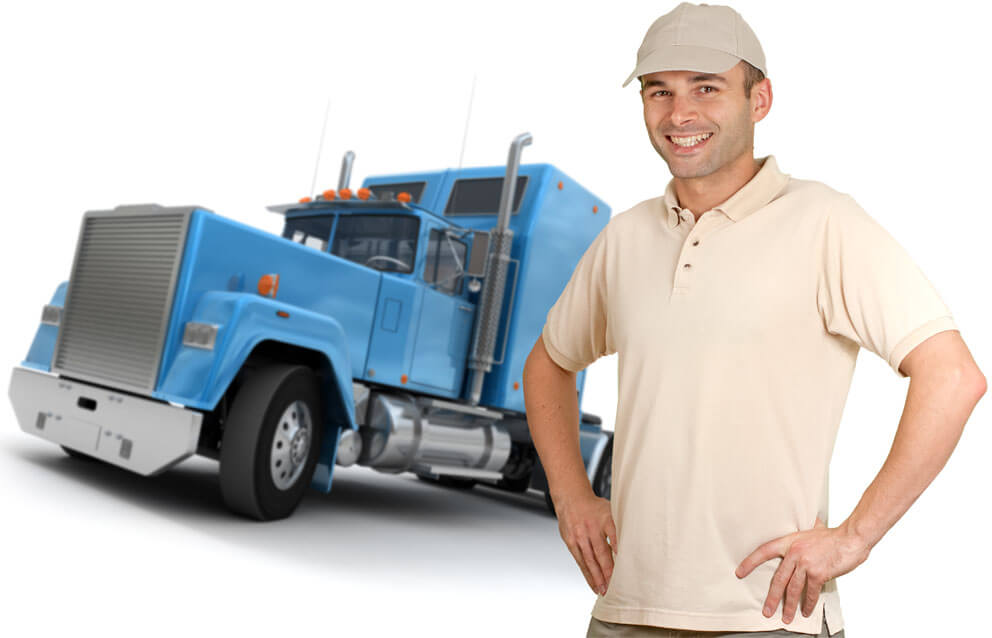 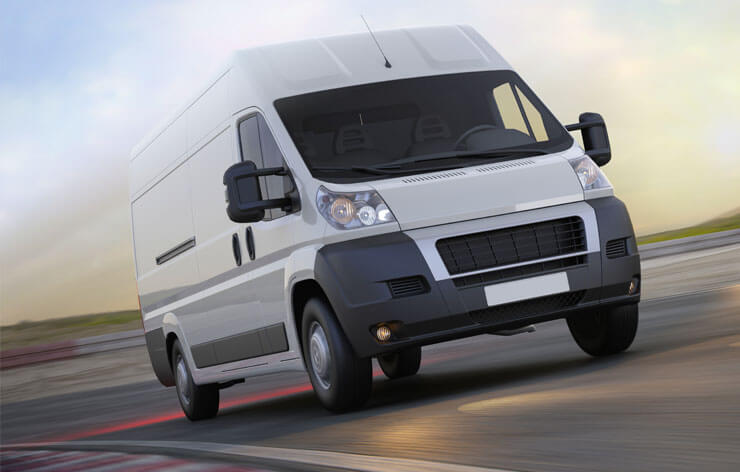 No matter how many safety features are available as part of a Commercial Fleet Management System, nothing can replace careful driving. There are about 2 million semi-trucks driving on America’s highway, transporting some 80,000 pounds each of goods, equipment and more. On average, each truck logs 2,000-3,000 miles each week.

Safety is of utmost importance, not only for the truck drivers themselves but also for the cargo being hauled, other drivers on the road, pedestrians walking by and more. TrackNet’s dual Commercial Fleet Tracking Dash Cam system with real-time GPS tracking is engineered for safety and can alert your drivers when other vehicles or pedestrians are nearby. It can even alert you and your drivers if there will be changes in the weather. 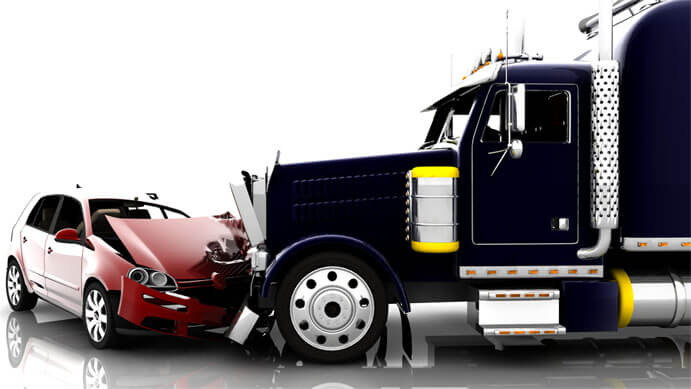 Protect Your Investments and Reduce Liabilities

Your drivers are your most valuable assets, along with the vehicles in your fleet, and the cargo being hauled. TrackNet’s  Commercial Fleet Tracking Camera System keeps an eye and ear on these assets while also recording crucial information about all road events.

The TrackNet system is designed to be scalable to fit the unique needs of your business and fleet. In fact, our software can be configured to your specific recording and data needs.

After property, vehicles are usually the most expensive asset a business will own. TrackNet’s industry-leading tracking camera system for commercial fleets redefines the way vehicle risk is analyzed. Technology is at the foundation of driver safety and the key to reducing risk and making the roads safer for everyone.

At TrackNet, we understand the challenges faced by fleet operators. Whether it’s through the exoneration of drivers involved in a collision or a driver training opportunity, a dash cam system delivers value and ROI.